For self-defense, the best pepper spray gun is a convenient gadget. This device is filled with different kinds of chemical irritants, when used on the target they cause coughing, skin irritant, burning, and temporary blindness. This chemical is mixed with water or oil to be dispersed in large volume towards attackers or wild animals.

Factors to Look for Before Buying the Best Pepper Spray Gun

There are various factors to consider while purchasing the most effective pepper spray. Doing the proper research about this product will increase your chance of survival from any emergency.

This is the first and the foremost feature to look for. Most of the best spray guns have a range from 15 to 60 feet. For outdoor activities like camping, boating, or jogging, you need a large range while if you intend to use the gun indoors.

SIZE OF GUN AND CANISTER

Pepper spray guns are available in different sizes. Size also means the size of its canister in which spray is contained. For protection against animals, while camping or hiking, you may need a large gun with large sized tin for multiple shots. For normal situations, small size may suffice the purpose.

This simply means how many shots of spray can be fired before its container becomes empty. You should go for the best pepper ball gun having more shots, i.e its container capacity is large.

There’re various spray patterns to choose from. Every pattern is beneficial depending on the situation. A pepper spray pistol will have a spray pattern out of these five;

Stream: This is the most common type and very similar to a water pistol of kids. The stream spray has a range of 15 to 25 feet. It is very effective outdoors, especially when some wind is blowing.

Cone: Cone spray pattern is effective within 12 feet range. This is a spherical motion stream just like a cone ice-cream with 2 feet diameter. If the target victim inhales it, then he may feel immediate choking and coughing.

Gel: This is the most preferred method in close vicinity set-up. When sprayed, the gel sticks to the target for some time as the gel is normally very sticky. It covers a distance of 30 feet.

Foam: This is similar to gel type. When it is sprayed on the target it also sticks to the face or skin, as the foam is heavy. It causes prompt burning of the skin area. When the target tries to remove the foam, it causes more burning.

Fog: Fog spray covers a larger area and can be hit multiple times. It is more effective to use indoors as it blocks the hallway within seconds.

The sprays of pepper spray gun expire after a certain time. Although the spray still works it loses its effectiveness. Most sprays have expired dates mentioned on the packet.

This MAGMA WorldHumantec is a multifunctional and portable self-defense security gadget that throws pepper spray towards the target. The pepper guns of the MAGMA brand are acknowledged the world over. 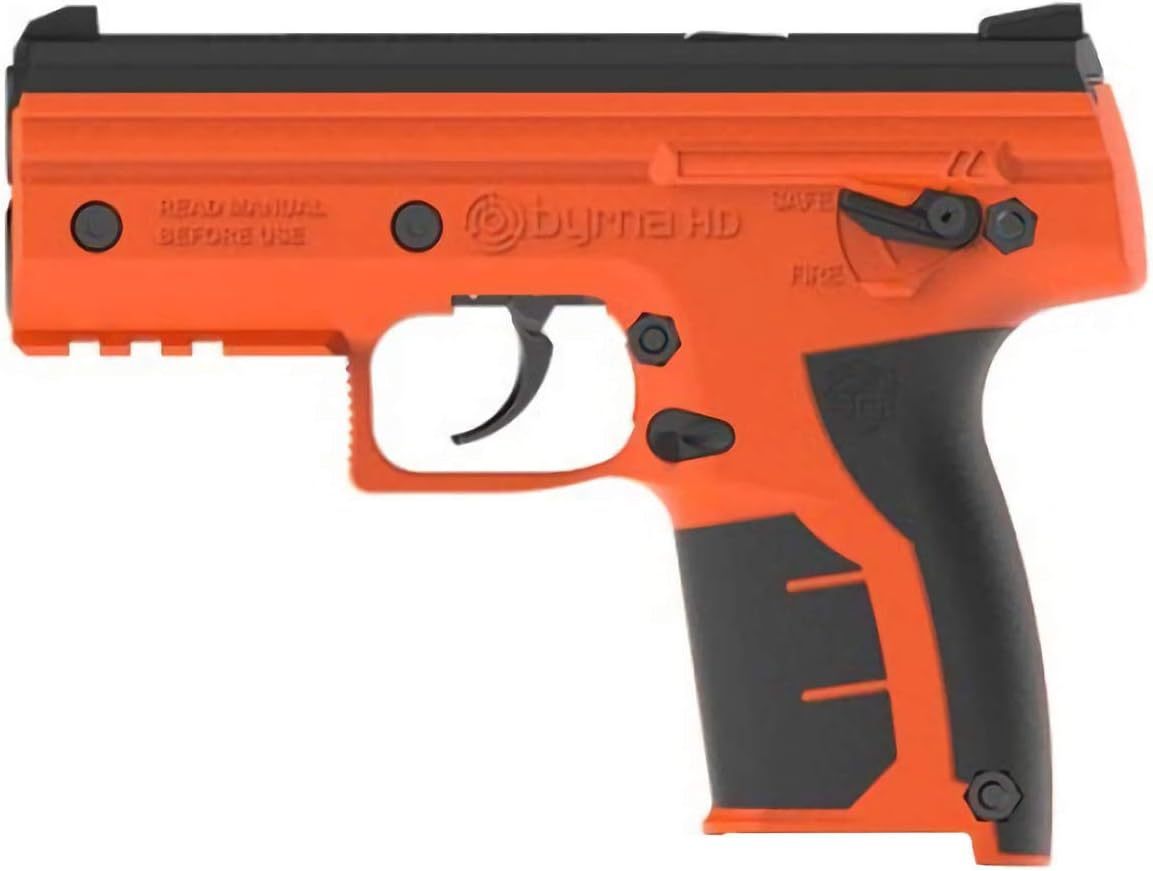 Byrna Home Defense (HD) Pepper Gun is an excellent non-lethal alternative for self-defense. This is a gas-fired personal security device. It contains more than 100 precision parts combining both technologies of real firearms and gas-fired launchers. 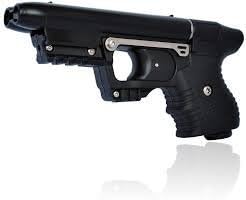 JPX Firestorm 2LE pepper spray gun is made in Switzerland. The device works well on suspects of drugs and violent persons. The gadget is suitable not only for usual self-defense purpose, but also ideal for prisoner transfers in jails, or for controlling the animals. 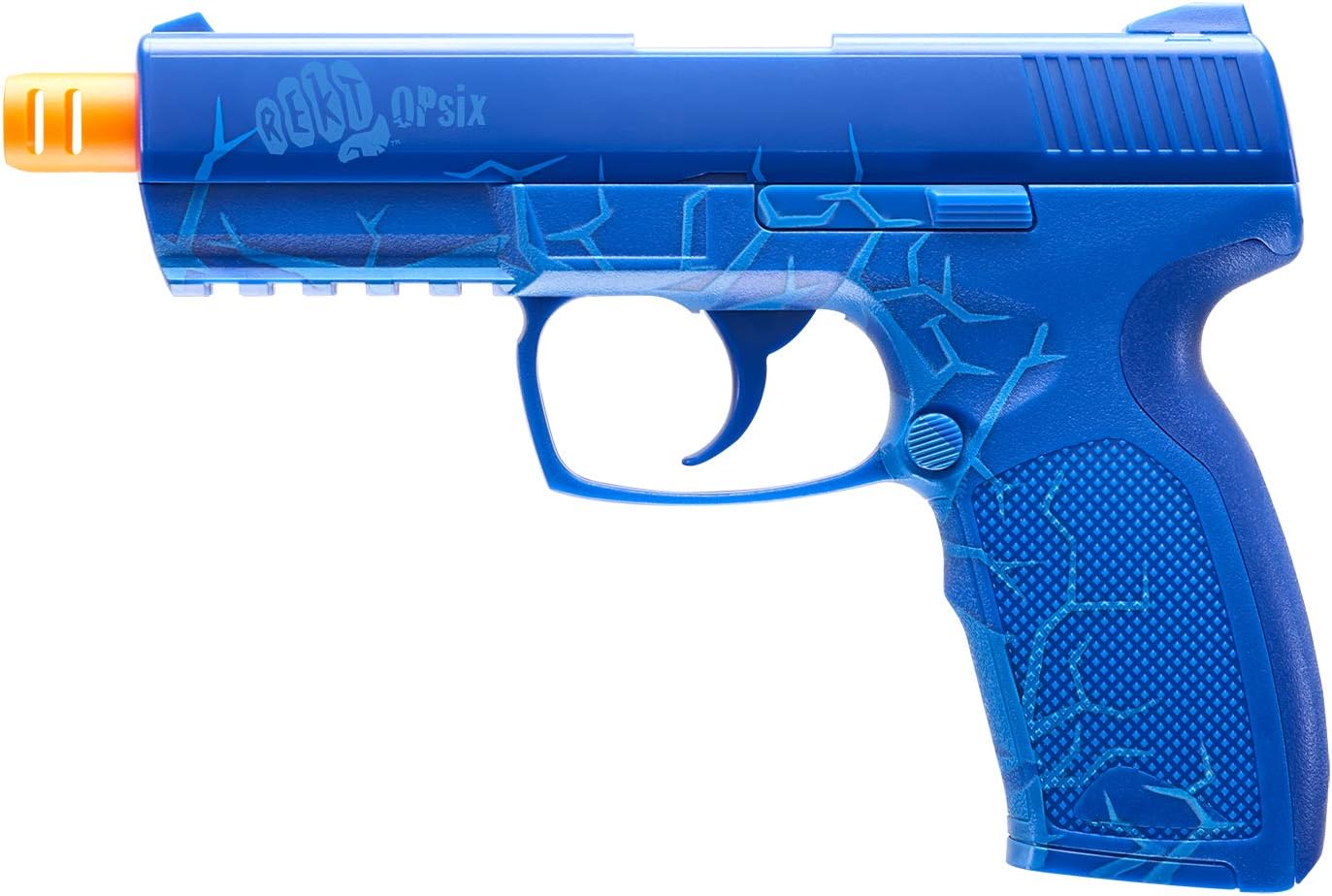 The product is offered by the brand name Umarex. This self-defense gun is designed to shoot foam darts instead of pepper. This gun shoot darts at a much faster rate than the standard darts. 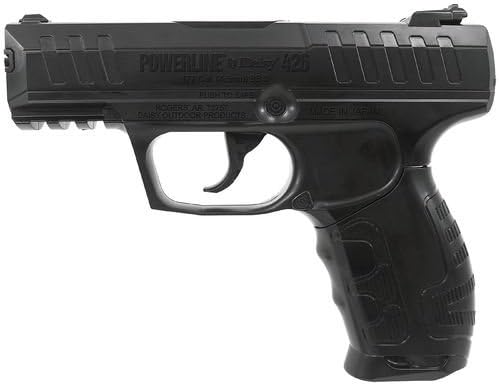 The DAISY Powerline 426 Co2 pistol can shoot BBs (metallic balls). The BBs are not so heavy to injure the target, but they create slight burning on the body.

Effects of Pepper Spray on the Skin

Although pepper spray gun is a non-lethal self-defense product, it has some harmful effects on the human body and can cause some irritations as mentioned below;

Although pepper guns are non-lethal product. But even then some important safety precautions should be kept in mind all the time while using this device.

After reading this, you might have an idea right now about the different features of the best pepper spray gun. Before making the right decision, you need to look at the reviews, the brand, performance, range of the gun spray type. Since crimes are rising and taking serious steps to protect yourself, your home, family members are quite a reasonable decision to make.

Is pepper spray considered a weapon?

Although these guns are non-lethal and do not kill a person. But even then in some countries, it is considered to be a weapon. For example, in the UK carrying a pepper gun has the same penalties as an actual firearm. you need to check the relevant laws of the country for this purpose.

Are our pepper spray guns legal?

The devices are legal in all American States. However, some states have imposed some limitations on the size of canister used in pepper guns. You need to check the relevant laws of the state.

How many times can you spray a pepper gun?

It can be used more than once. But with every use, it slightly loses the pressure.

What is the strongest pepper spray you can buy?

SABRE Red is the strongest self-defense pepper spray that you can buy. It is top-notch quality. Even law enforcement officials across the world believe that this is the strongest pepper spray. It contains the powerful substance OC (Oleoresin Capsicum) which causes temporary blindness.

What is the best pepper spray?

How long does pepper spray last?

For most people, the irritant effect of pepper spray last for 30 minutes, even the individual washes his eyes with water.

How to beat pepper spray?

There is no instant remedy and cure from pepper spray exposure. However, individuals may reduce the intensity by moving into the fresh air, washing the affected area with water, and avoiding soap around the eyes.